Hear the latest updates on Airship 2.0 from the Open Infrastructure Summit keynotes!

A year in review: getting confirmed and looking ahead to 2.0 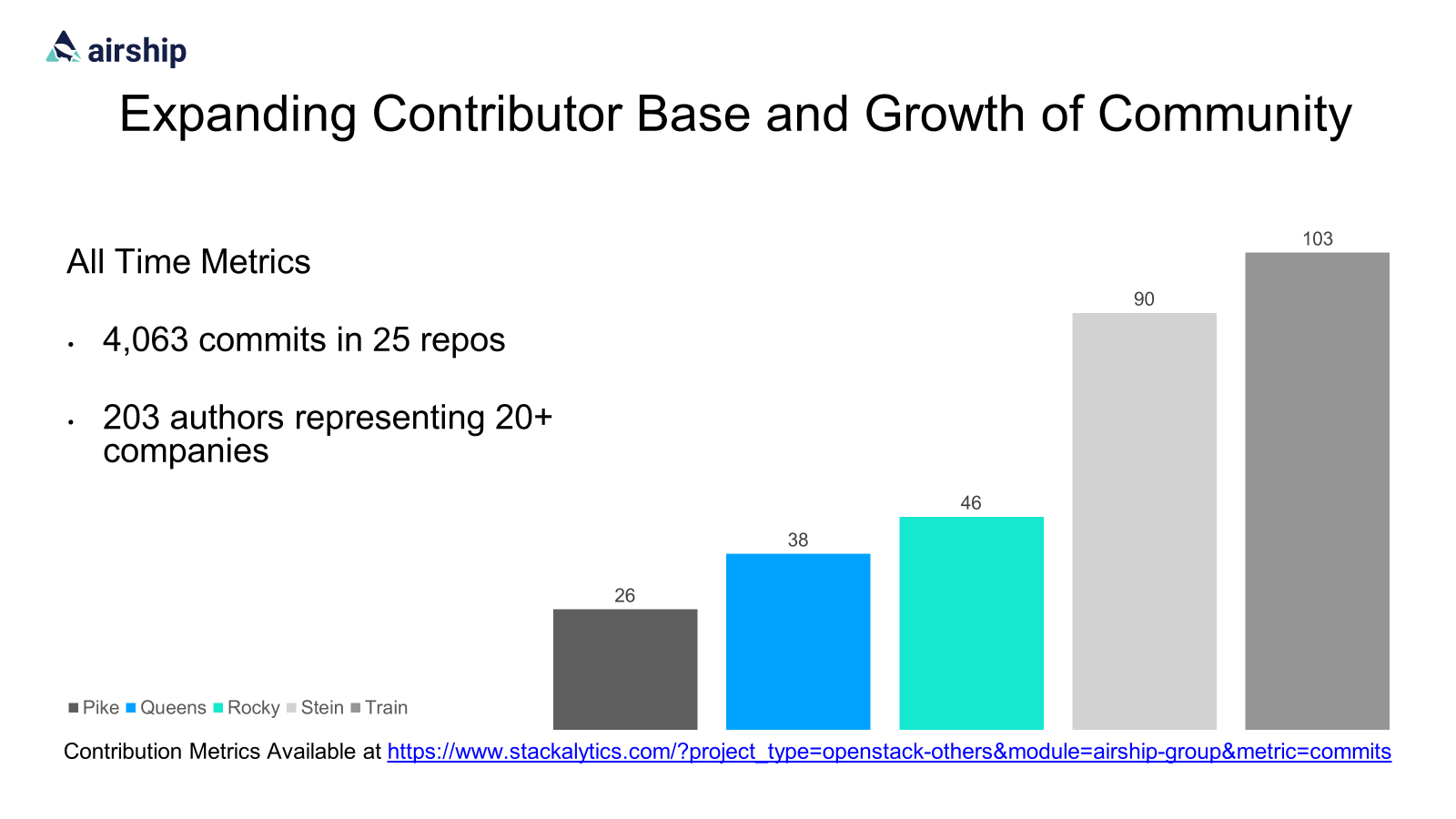 The Airship team is excited to share the future plans – a complete rebuild of Airship core code migration from Python to Golang with an alpha release planned for early 1Q 2020, a beta release late 2Q 2020, and a full 2.0 release in 2020. In addition, Airship 2.0 will penetrate into more industry domains such as common telco NFVi and 5G testbed etc.

What to look forward to with Airship 2.0

The OpenStack Foundation (OSF) just published its 2019 annual report. Learn more about other OSF projects and how you can get involved.