What follows is the Airship Community Update for the month of April 2020, brought to you by the Airship Technical Committee.

As mentioned in the March blog, the Airship community came together with a virtual meeting in place of KubeCon. This was an all day event held on the 31st of March that served the same purpose as the originally planned face-to-face team meeting at KubeCon. The goals were:


The full agenda and meeting notes are available here

The meeting was broken down into four recorded sessions: 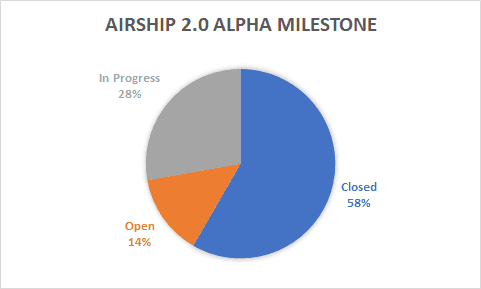