What follows is the Airship Community Update for the month of February 2020, brought to you by the Airship Technical Committee.

Recently Ryan van Wyk narrated a great, short, video discussing Airship - and the evolution to Airship2. It's a must see for anyone interested in Airship: 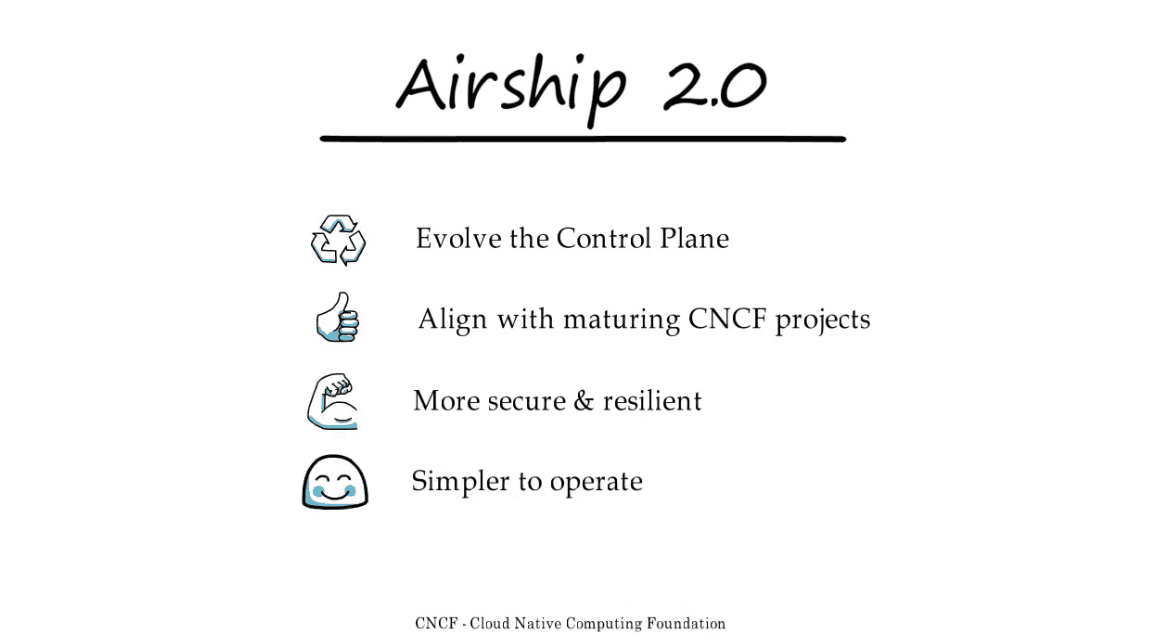 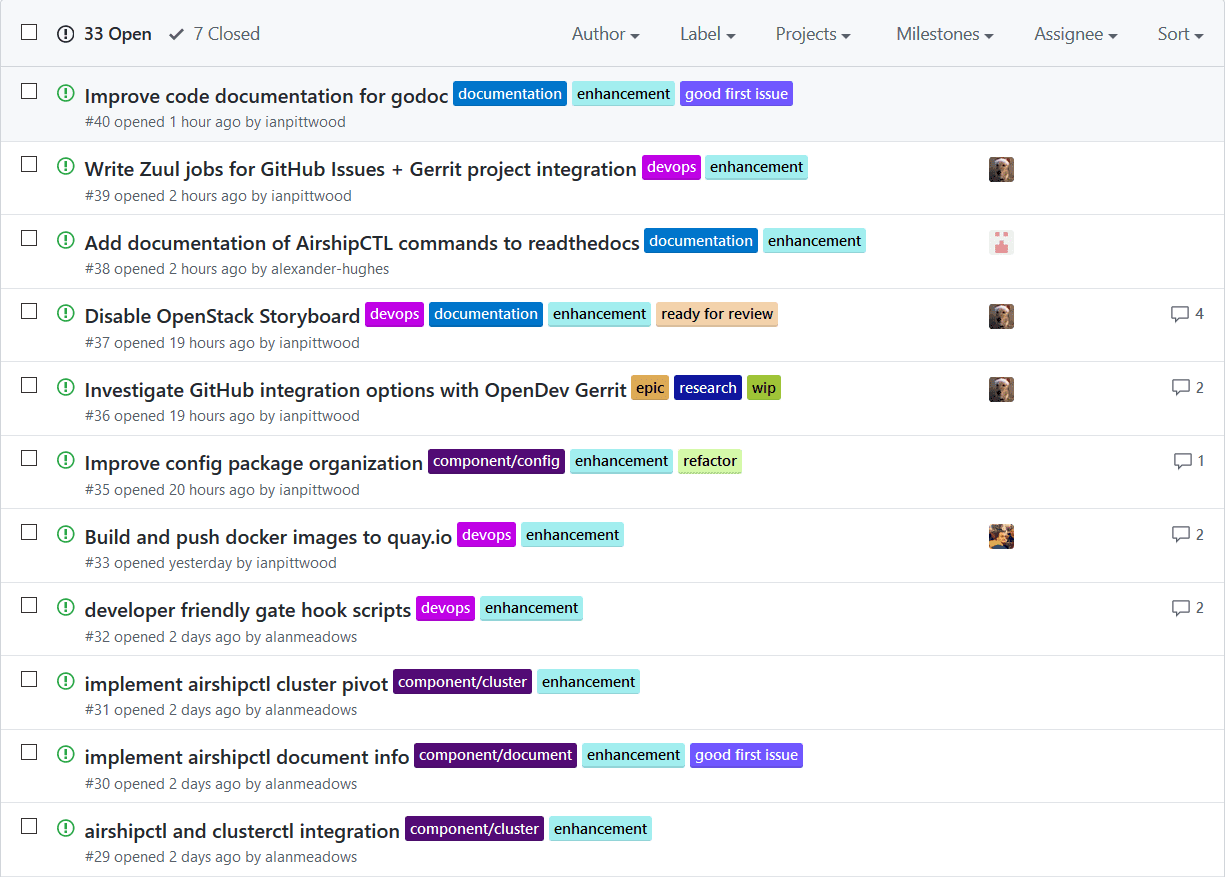 To date 43 issues have been created, and 9 of them have been completed already. Join us each week on the Airship Flight Plan call to groom and discuss issues that the community is working on.

The call is on Wednesdays, from 16:00-17:00 UTC on WebEx and the agenda/notes can be found in the etherpad.

Note that the Jira Board will be retired as part of this migration, and that the relevant Jira issues have been migrated to GitHub Issues.